With the memory of the 2015 Coast to Coast event still fresh in Jess De Bont’s mind (finishing in a very credible third place), her husband Dan posed a question. “Wouldn’t it be cool if we could get some kids who wouldn’t normally have these opportunities to compete in the Coast to Coast?” Jess, who has previously worked overseas with children in less fortunate situations immediately agreed. “He obviously had quite a bit of time to think about this while waiting for me at transitions,” she laughs. And just like that the Coast to Coast Rangers concept was born.

Taking their idea to Jess’s father, Steve Moffat, he didn’t need much convincing before offering his support, suggesting they get some ‘legends’ of the sport on board to help them along the way. Steve Gurney, Emily Miazga and Nathan Fa’avae (all extremely well-known for their own Coast to Coast successes) were eager to be involved, providing expertise and guidance in the build-up to the race as well as acting as teammates on race day.

The program takes underprivileged children, or children at risk, and offers them an opportunity to compete in New Zealand’s iconic multisport race, the Kathmandu Coast to Coast. It provides them with the necessary skills required to compete, including teaching them how to bike, bunch ride, run over boulders, up river beds and kayak down rivers. “Some of them have never ridden a bike before,” Jess adds, a concept that for many of us seems hard to comprehend. It gives the kids an opportunity that they might not have had before. Although the major goal is for the students to compete in the Coast to Coast, it is so much more than that. “We’re offering them a different way of life,” Jess says.

As an ex-Aranui student, Daniel felt approaching his old low-decile school, located in Christchurch’s East, to be involved in the first year of the program was an easy decision. From the initial concept in mid-February, through to planning, organising and then the selection of two students in July, meant they had a little over seven months to prepare. After months of sacrifice and training, Taitama Tukaki, 16, and Bryce Adamson, 15, along with support crew superstars Sholita Umutaua and Kayla Scott, were successful in competing in the individual two-day event and were greeted on the finish line at New Brighton Pier by a haka from fellow students. In doing so, they became the youngest ever competitors to complete the Coast to Coast.

Following on from the success of 2016, Jess and the team approached a contact they had at Linwood College, another low decile school in Christchurch’s East, to form a group of senior students to compete in 2017. Speaking first to the school and then the students in assembly, they offered information about the race, with keen students registering their interest in being part of the Coast to Coast Rangers team.

Starting off with 12 students, a number which worked both financially and logistically, their first training session involved a run along New Brighton Beach. It gave the students an opportunity to ask questions and get to know Jess and Daniel, and vice versa. Unfortunately, due to personal reasons and work commitments, three students had to pull out along the way, which brought the final number down to nine.

The Coast to Coast Rangers team was made up of two teams of three, splitting the race into kayaking, cycling and running, with each student doing one section over the two-day race. Eden Pettigrew stepped up the mark after one team member became ill, which left her to take his place and not only do the run stage alongside Jess, but following it up the next day and getting in the kayak alongside Iain Haycock. Jarod Bradshaw did the two-day event by himself, alongside Wanaka’s multisport legend Bob McLaughlin, finishing second in the School’s Tandem section and Taitama Tukaki came back after competing in last year’s race to compete in the Mountain Run, placing third in the school section. This left the final two, who again due to personal reasons couldn’t race, to help as support crew, a not-so-glamorous but still extremely important part of the group. “It was nice to have them all involved and share the experiences with the rest of the team, a team right to the finish line,” Jess adds.

Saturday training sessions were run by Jess and Matthew Mark, another local multisport legend who also has a passion for creating a positive impact on the youth and community. They would pick the students up from school at 9am, load them into a van the school had provided and show them different ways of training and doing things. Heading to various adventure spots, they were not only ideal for training but also gave the students an opportunity to experience a part of the city they hadn’t seen before. “A lot of them haven’t been up into the Port Hills, some of them haven’t even been to Sumner,” Jess says. Again, this is a foreign concept for many Christchurch locals. But it was more than just teaching them the physical side of competing; it also involved educating them in many different aspects of their life. Nutrition is a crucial part of fuelling the body and providing enough energy while competing in multisport races. “No more fish and chips every night for dinner,” Jess told them, educating them about different options such as tuna and rice as a healthy alternative to takeaways.

Providing a rewarding program like this doesn’t come cheaply, despite all four mentors offering their time voluntarily while juggling work and family commitments. “It’s easy to hide and let someone else do it, but being involved in something like this is all positive,” Jess says. “It has to be a passion; otherwise you’d give up.” Her two girls understand that Mum has gone on a Saturday training run with people who need it. They have been known to come along to the odd training session too, clowning around with the students, and every now and again showing why they shouldn’t be underestimated.

The support and generosity of people and businesses have helped provide the students with the gear required to compete in the race. Kathmandu has kindly donated clothing and shoes, as well as providing one of the race entries. Giant Bikes have given the students road bikes to use during the event and Scotty Browns, a local bike store, generously replaced the mountains bikes which were stolen from the Linwood School sheds early in the year. Understandably Jess and the students were devastated when they discovered they were missing. But the generosity of so many people within the community who donated time and money to ensure they were replaced was an incredibly humbling experience.

Iain Haycock and his wife Bek from McMillian Drilling have kindly given financial assistance over both years, with Iain offereing his time and being a buddy in the kayak section with Eden. Pak’n’Save Wainoni have offered their support, along with Richard from Complete Performance Training providing training tips and race day tactics for the students. “It’s cool seeing all the different people come together and help out,” Jess says.

Each year Harcourts Grenadier sets up a golf tournament that supports charities, generally within youth, to help with their fundraising. Last year the Coast to Coast Rangers were lucky enough to be involved, raising much-needed funds to go directly towards the programme. The money was used for extra gear that was needed for the team, with the remaining funds going towards continued support for the students post the Coast to Coast. Jess sees the opportunity for this to be used in many ways, such as helping a student who couldn’t otherwise afford it with tertiary funding, or putting students through other programs such as Outward Bound. Sometimes it could be as simple as providing food for the table. “When we’ve got money, we’ve got opportunities to help,” she says.

The whole experience has been incredibly positive, giving Jess and Daniel, as well as her parents and children, an opportunity to do something as a family. “It’s all win-win. I’m learning so much myself, and meeting people who I wouldn’t normally associate with. I’m having experiences that I normally wouldn’t be exposed to either.” Watching the students grow as individuals over the year as they are exposed to new experiences and opportunities, and opening their eyes to the world, is incredibly rewarding and makes it more than worth it.

They would love to see more schools involved that would benefit from having a program like this offered to their students, ideally as part of the curriculum. This means it becomes a lot more accessible for the students to be involved, as well as freeing up more of their personal time. “I like that we’re different to other charitable trusts out there. We’re giving the students a goal to work towards, with a huge reward at the end.” Admitting herself that at times it is bloody hard work, she quickly reassures me she wouldn’t change a thing. “I wouldn’t do it if I didn’t love it.” 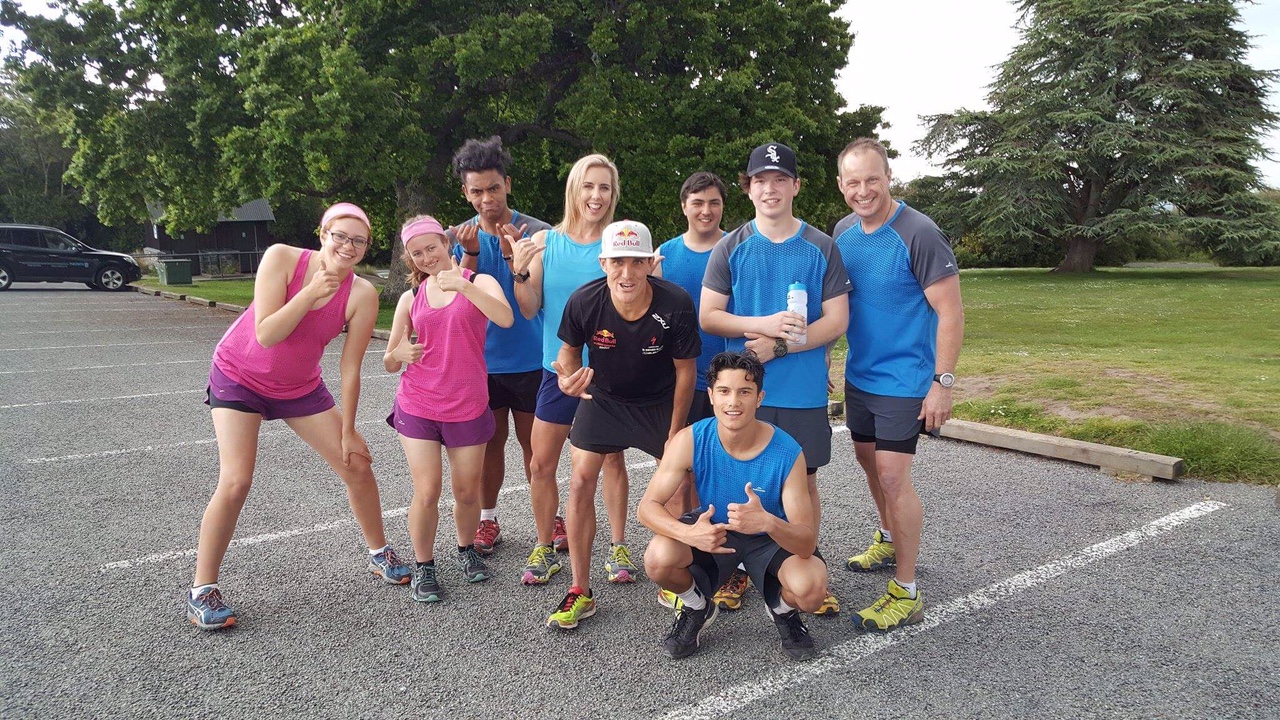 East to East is a documentary by Vanessa Wells following the 2016 Coast to Coast Rangers. Check out their Facebook page